Six key facts experts want you to know about the coronavirus

With human-to-human transmission now confirmed in Australia, here are six key facts about the coronavirus experts want you to know.

The Australian Academy of Science has released a new video explaining what you need to know about the coronavirus as the world prepares for a potential pandemic.

Thirty-three cases of the COVID-19 virus have now been confirmed in Australia, with the first case of human-to-human transmission reported on Monday.

The majority of cases have been from people who arrived in the country after travelling internationally, but Federal Health Minister Greg Hunt says it’s “almost inevitable” the number of cases will rise over the next few weeks.

The World Health Organisation (WHO) is urging people to know the symptoms and how they can protect themselves from the disease.

Here’s what Raina MacIntyre, the head of the biosecurity program at the Kirby Institute at UNSW Sydney, says you need to know. Prime Minister Scott Morrison has warned there is “every indication” the world will soon enter the pandemic phase of the virus.

The simple definition of pandemic is when an epidemic goes global, according to Professor MacIntyre.

“Another definition is when you get sustained transmission of the disease within the community in two or more continents,” she said.

“That’s probably the definition we’re looking at, at the moment.” 2. HOW CLOSE ARE WE TO FINDING A VACCINE?

Professor MacIntyre said it could take another year to develop a vaccine capable of successfully treating the new coronavirus.

“Normally it can take years – five to 20 years in some instances. But in epidemics ever since the Ebola crisis, we’ve developed more rapid ways of getting vaccines to populations,” she said.

“The soonest I think feasibly we could see it is 12 to 18 months, maybe a bit sooner.”

The coronavirus is a respiratory disease that grows in the respiratory tract – your sinuses, throat and lungs.

Professor MacIntyre said it could be spread through the air as well as through infected droplets from coughs and sneezes and via contaminated surfaces.

“We know that the load of virus – the number of viruses you can find – is higher in the lungs, deep in the lungs than in the throat or the nose and that favours airborne transmission,” she said.

“But we also know that like SARS and most coronaviruses, it’s spread by droplets – that’s the large respiratory droplets coming from the throat and nose – but also through contact, so contaminated surfaces.

“If someone has coughed or sneezed on a handrail or a table or a chair, and you put your hand there you can then infect yourself.”

4. HOW DO I PROTECT MYSELF?

Face masks and bottles of hand sanitiser are selling out across the country as people rush to protect themselves.

But Professor MacIntyre said simply washing your hands was one of best ways to avoid transmission.

“Hand hygiene is one of the most important things you can do,” she said.

“Just soap and water is enough. You don’t need to use hand gel unless you haven’t got running water.

5. HOW IS COVID-19 DIFFERENT FROM OTHER DISEASE LIKE SARS?

The current COVID-19 virus has killed more people than SARS, the Severe Acute Respiratory Syndrome that killed more than 700 people from 2001-2003.

But the death rate is lower, Professor MacIntyre said.

“COVID-19 has caused more deaths than SARS now in the world, however the death rate – the case fatality rate or the number of deaths per number of cases – is lower.

“It seems to be more contagious and it’s spread more rapidly around China and other countries, (so) the total number of deaths is higher.” 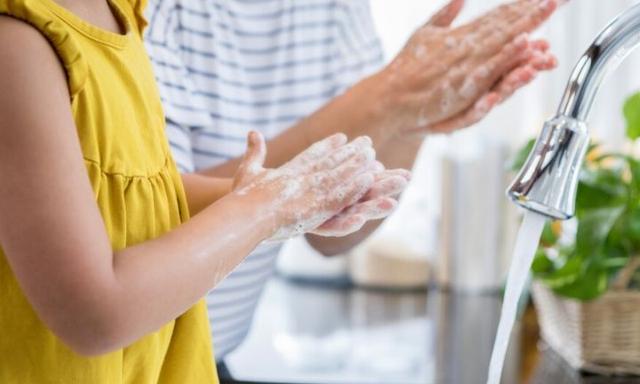 6. HOW CONCERNED SHOULD WE BE?

Professor MacIntyre said Australians should be “watching the situation internationally with concern”.

“It is concerning that while China has managed to control the epidemic and the numbers are going down, we’re now seeing epidemics taking off in other countries,” she said.

“That’s a concern because every country needs to be equally vigilant and quick to respond.”

Trying to homeschool because of coronavirus? Here are 5 tips to help your child learn